Release of Journal of Research in Siddha Medicine

Global Acceptance for Siddha System of Medicine Scope and Challenges

Pension Adalat was held at Central Council for Research in Siddha HQrs. on 18.09.2018 from 11:00 hours and it lasted till 13:00 hours. Around 25 pensioners / family pensioners attended it and put forth their grievances. Since most of the grievances were involving policy matters like grant of Fixed Medical Allowance, revision of HPCA and issue of ID cards, they were asked to wait for the decision of AYUSH Ministry. As regards the revision of pension, the pensioners were told that the work of revision of pension is being carried out and the arrears / revised pension will be paid shortly. Only one case of delayed payment of pension was reported by a family pensioner and demanded interest for the delay. The Adalat assured of an early action on this grievance. There was no other complaints from the pensioners. Being satisfied with the timely and speedy payment of monthly pension and other pensionary benefits, the pensioners expressed their happiness and gratification. In this way, the Pension Adalat was hosted successfully. 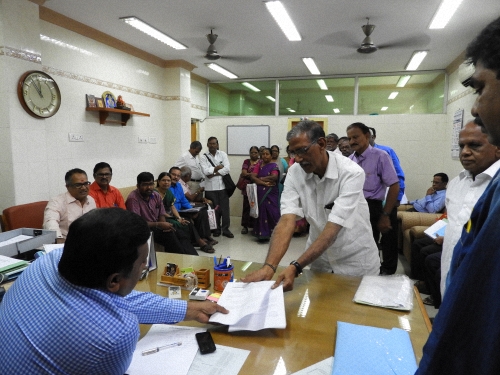 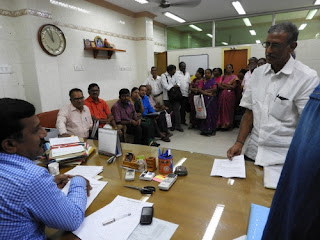 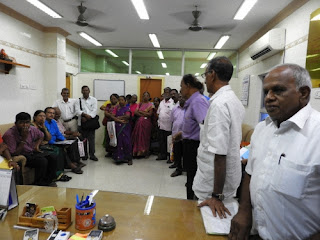 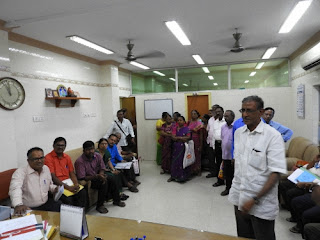 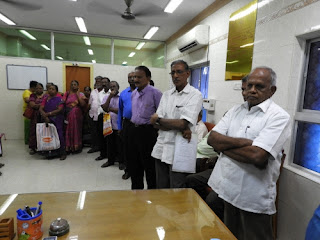 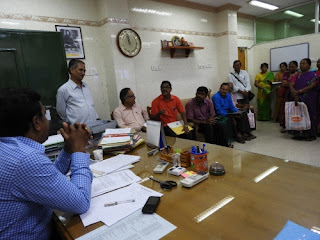 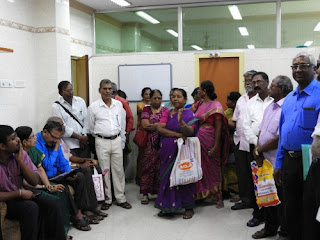 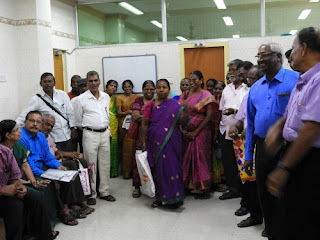 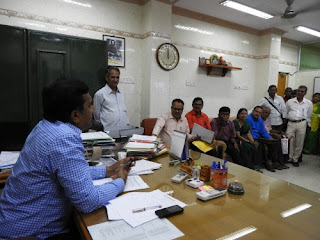 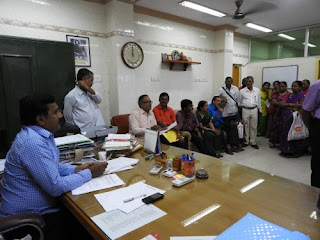 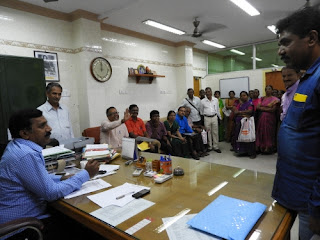 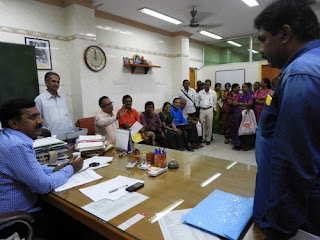 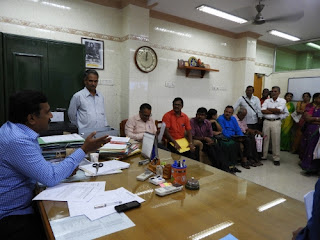 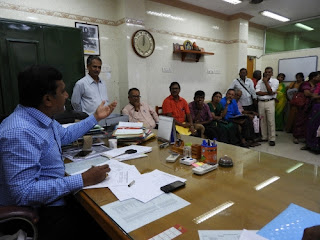 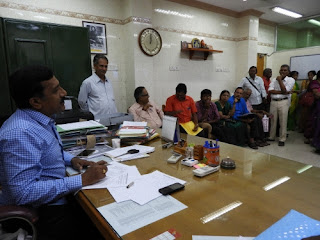 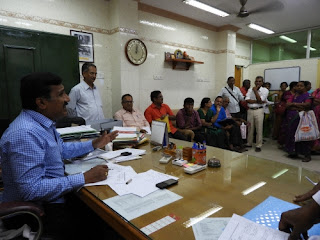 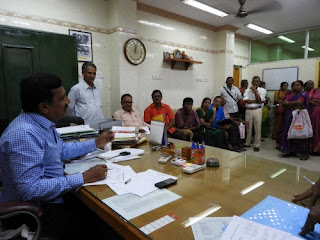 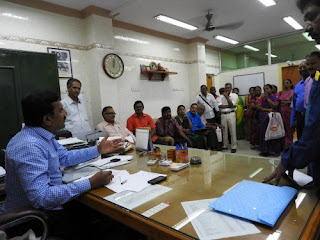 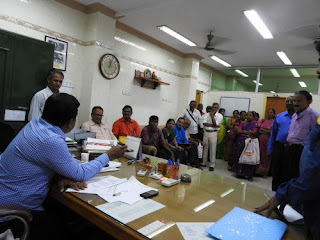 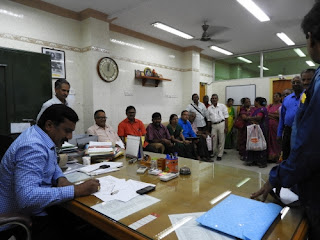 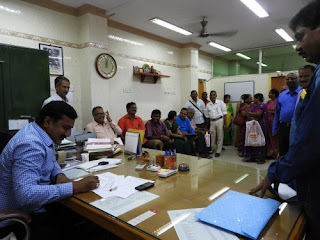 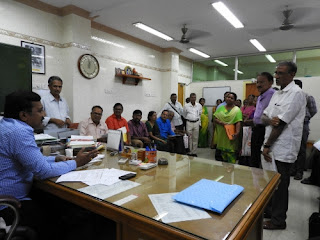 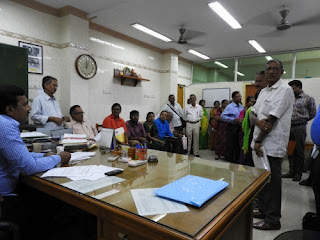 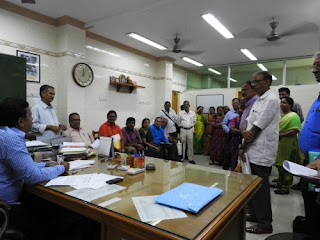 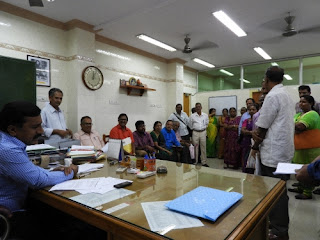 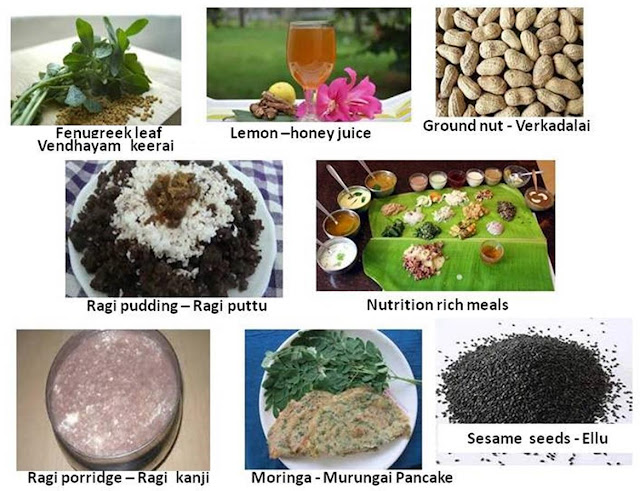 During my visit to a Swasthya Rakshan Camp to a nearby village Keelanatham in Tirunelveli District, Tamil Nadu, South India, I met a 35 year old woman who came along with her 12 year old girl child for consultation. The mother narrated her complaints -- calf muscle pain in both legs, excessive bleeding during periods, tiredness and hair fall. The girl child looked malnourished with underweight. She also had irregular periods, excessive tiredness and inability to concentrate in her studies. When I interrogated with them, I came to know about their poor eating habits and misunderstanding about the traditional food recipes. Before giving medicines, I advised them to take nutritionally rich diet and explained the value of functional foods mentioned in Siddha system of Medicine in managing their problem. I recommended her to prepare and consume the following recipes on a daily basis and whenever possible:


She immediately recalled that her grandmother used to give some of the above mentioned foods during her menarche and adolescent period. After her grandmother’s demise slowly these foods have gone out of their kitchen. She thanked me for making aware of these forgotten traditional recipes. I also explained them about the ill effects of junk foods and health hazards that are caused by improper eating habits.  Later, I met her after three months in a similar camp and came to know that she was near normal and now was able to do her routine works without much difficulty. She also said that her daughter was slowly gaining weight and improving in her academics too. She added that her neighbour too had similar problems and she had started to recommend traditional and nutritious foods for her too. I felt happy for hearing such a rewarding statement and the role of traditional nutritious and healthy foods that can have a healthy impact on Women’s health.

Welcome to Central Council for Research in Siddha


For the development of Siddha system of Medicine, Govt. of India, by  bifurcating the erstwhile CCRAS, formed CCRS (Central Council for Research in Siddha) with its headquarters in Chennai and six Research Institutes/Units in four states namely, Tamil Nadu (Chennai, Mettur & Palayamkottai), Puducherry (Puducherry), New Delhi and Kerala (Thiruvananthapuram). Siddha is a science of holistic health emphasising both drug and diet for human health care.

The Council has the vision of preservation and transmission of Knowledge and enhancement of the quality of research for developing drugs with quality, safety and efficacy through well-established preclinical and clinical research facilities --- to prevent / manage /cure the diseases of varied aetiology.

To undertake scientific research works in Siddha in a time-bound and cost-effective manner, to coordinate, aid, promote and collaborate research with different units of sister Councils and Research Organizations.
To publish research articles/research journals, to exhibit achievements and to propagate research outcomes for all the stakeholders. To provide consultancy services for research projects and  drug development (adopting both classical and modern techniques/equipments for Diagnosis, evolving evidence based Siddha drug treatment/therapy and promoting Siddha drug manufacture in collaboration with the other technical organizations)
at July 24, 2018 No comments: